Financial markets rallied last week in what is being called a “bear market rally”. Moreover, it’s a short-term rally in the context of a larger decline like we’ve witnessed in the 6 months this year. These types of bounces can occur after markets reach deeply oversold levels. A new bull market won’t begin again until the S&P 500 rallies 20% from its bear market low. Recall the average bear market decline is around -31%, while the average non-recessionary bear market decline is about -24%. Before last week’s bounce the S&P 500 was down -23.5% so the hope remains that the worst of the damage is behind us when comparing the number to the average bear market drops.

We know this year has been especially painful for our older investors and those approaching retirement who don’t necessarily have the luxury of time on their hands when waiting for the market recovery as compared to younger generations. For these clients, we encourage both you and your advisor to be open and transparent about your needs and thoughts surrounding your financial plan.

While the odds of a recession 12-24 months out from now have been consistently rising, there are questions about whether we are in one right now here in 2022. One of the biggest factors at this point as to whether we could hit a recession as early as this year, is the price of oil. If the price of oil were to move up to $130-140 a barrel and stay there for the remainder of this year, then there’s a greater chance of a recession occurring in 2022. 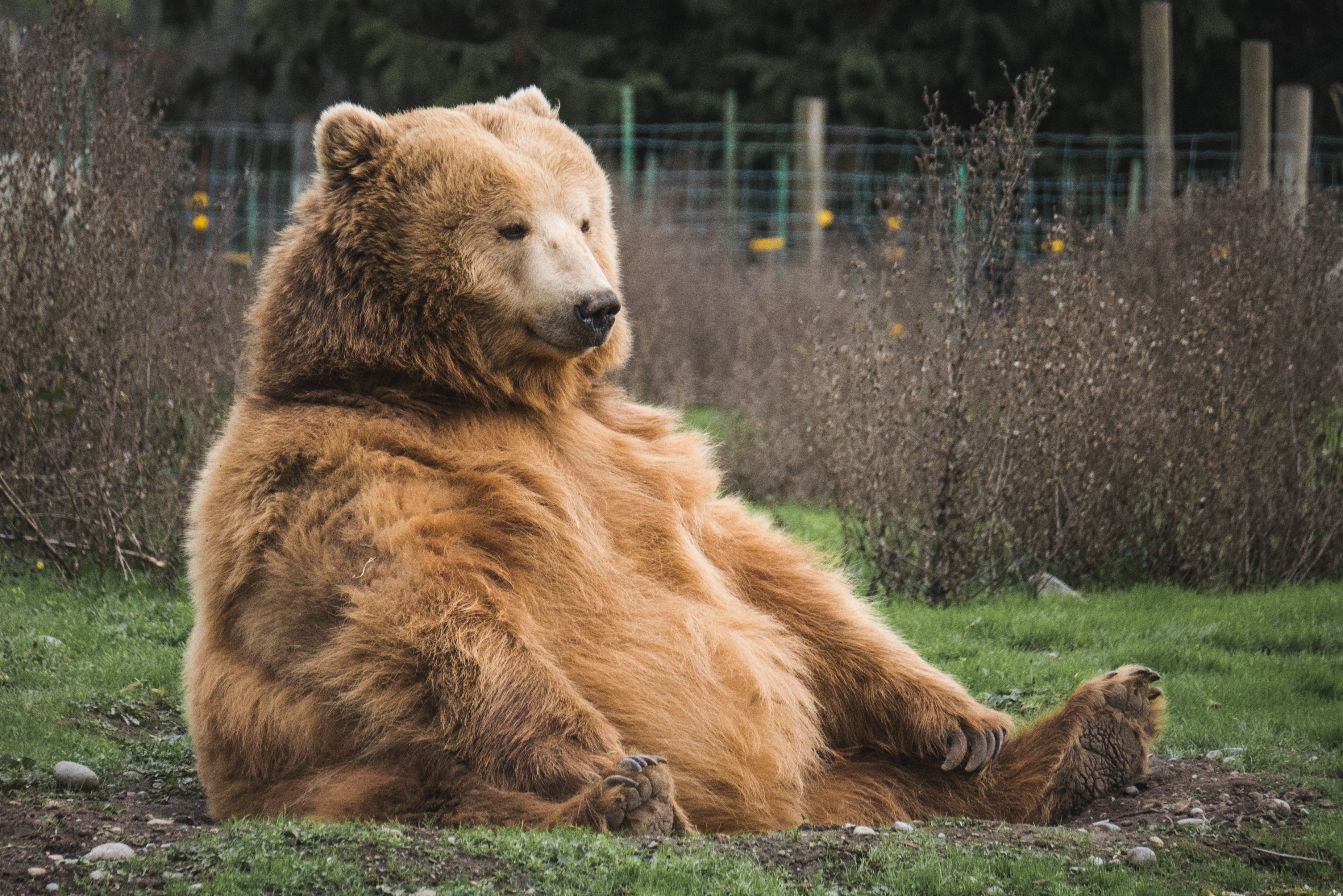 Our partners at MFS Funds point out that, after suffering 10 separate “bear” markets between 1950 and 2021, the S&P 500 recovered and eventually achieved a new all-time closing high each time. The average length of time it took to retrace its steps from a “bear” market low to a new closing high was 25 ½ months or more than 2 years. The quickest recovery for stocks took place over just 3 months (in 1982) while the longest recovery took 70 months or nearly 6 years (between 1974-1980) (source: MFS Funds & BTN Research).

The “A History of Recoveries” Chart shown below, highlights every major market correction going back to the great depression but then shows the snap back ability / market resiliency post correction in 1-5-10 time frames: 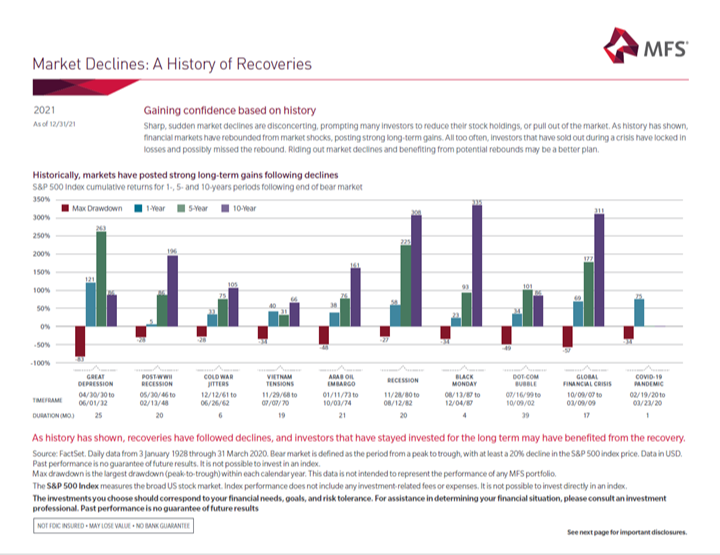 Recall these are key technical levels we look for the market to either hold or push through when look at the potential for future moves. Common support levels can be the 50- and 200-day moving averages as well as other technical levels such as previous market highs or lows.

What we are watching this week:

The following economic data is slated to be released during the week ahead:

Financial planning doesn't have to be overwhelming. Download this guide to get some bite-sized pieces of timeless financial advice.

Content in this material is for general information only and not intended to provide specific advice or recommendations for any individual. All performance referenced is historical and is no guarantee of future results. All indices are unmanaged and may not be invested into directly.